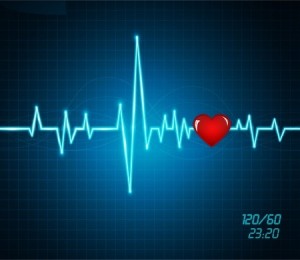 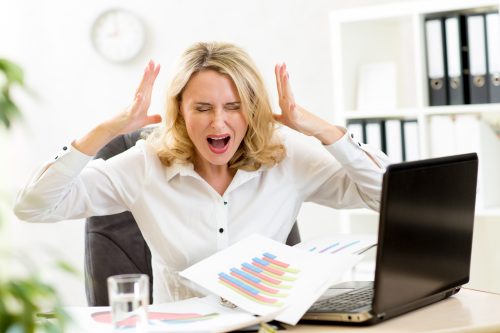 Women whose jobs require them to work “very hard” or “very fast” are 88 percent more likely to have a heart attack.
STORY HIGHLIGHTS
RELATED TOPICS

(Health.com) — Women with very demanding jobs are nearly twice as likely to have a heart attack as their peers in more easygoing occupations, a new study suggests.

Researchers at Harvard Medical School analyzed 10 years of survey and medical data on more than 17,000 women in the health profession. The women, who were enrolled in a long-running study on heart disease, were all in their 50s or early 60s when the study began.

The women who said their job requires them to work “very hard” or “very fast” but who have little say over their day-to-day tasks — a combination known as “job strain” — were 88 percent more likely than those in less-stressful jobs to have a heart attack.

They were also 43 percent more likely to need heart surgery, according to the study, which was presented Sunday at an annual meeting of the American Heart Association in Chicago.

In addition, women who were stressed out by work — or worried about losing their jobs — were more likely than those with steady employment to be physically inactive and to have high cholesterol. (Job insecurity by itself did not appear to increase the risk of heart attack, however.)

“This new data is among the most important to emerge in recent years concerning the relationship between job strain and cardiovascular health,” says Peter Kaufmann, Ph.D., a researcher at the National Heart, Lung, and Blood Institute who has studied mental health and heart disease but was not involved in the new research.

Doctors and other experts in the field need to do more to help people manage work-related stress, Kaufmann adds. The findings “emphasize that progress is needed urgently in this arena,” he says.

The increased risk of heart attack seen in the study can’t be attributed solely to health or socioeconomic factors. To zero in on job strain, the researchers controlled for age, race, education, and income, as well as blood pressure, body weight, and cholesterol.

And even though all of the women in the study were health professionals, it was a “very socioeconomically diverse” group that included doctors, nurses, dietitians, and researchers, says the lead author of the study, Dr. Michelle Albert, M.D., a cardiologist at Brigham and Women’s Hospital, in Boston.

Much of the research to date on job stress and heart health has been done in men. But women are more likely than men to experience job strain, not to mention stress related to home and family demands, says Paul Landsbergis, Ph.D., an associate professor of environmental and occupational health sciences at SUNY Downstate Medical Center, in Brooklyn.

Health.com: I was too busy for heart disease — until it almost killed me

“The results certainly imply that we need to do more to make jobs healthier,” Landsbergis says. One way to accomplish this, he adds, might be to give individual workers more control over their jobs through collective bargaining and other types of organizing.

For her part, Albert recommends some simple steps to help women limit the impact of work-related stress: Exercise regularly, try to leave your work at the workplace, and take 10 to 15 minutes a day to relax and concentrate on your physical, mental, and emotional health. It’s also important to have a network of family and friends to help you cope, she says.

“We’re never going to be able to get rid of stress — some stress is positive, actually,” Albert says. “The negative aspects of stress we’re going to need to learn how to manage.”

The AHA’s annual Scientific Sessions meeting highlights the latest heart-related research and treatment advances. Unlike studies published in medical journals, the research presented at the meeting has not been vetted by independent experts in the field.