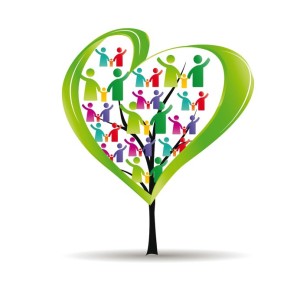 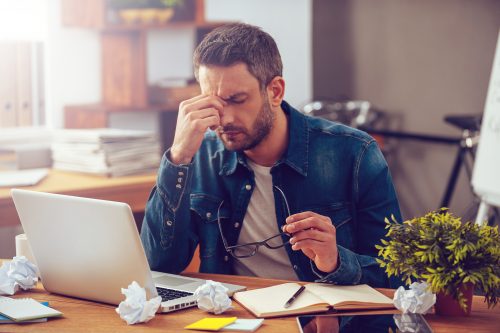 (Health.com) — If you’ve been saying for years that long hours at work are killing you, forward this article to your boss–it might literally be true. According to a new study, people who work more than 10 hours a day are about 60 percent more likely to develop heart disease or have a heart attack than people who clock just seven hours a day.

It’s not clear why this is, but the researchers suggest that all that time on the job means less free time to unwind and take care of yourself. Stress may also play a role–but not as much as you might think. Working long hours appears to hurt your heart even if you don’t feel particularly stressed out, the study found.

“Balance between work and leisure time is important,” says the lead author of the study, Dr. Marianna Virtanen, M.D., an epidemiologist at the Finnish Institute of Occupational Health and University College London. “If you work long hours, the fact is that you may be exposed to higher stress levels and you do not have enough time to take care of your health.”

Doctors “should include long working hours on their list of potential risk factors” for heart disease, she adds.

Dr. Virtanen and her colleagues followed more than 6,000 British civil servants with no history of heart disease for an average of 11 years. The participants were all drawn from a larger, ongoing study known as Whitehall II that began in 1985.

During the study, a total of 369 people had heart attacks (some of them fatal) or were diagnosed with heart disease after seeking medical attention for chest pain.

The findings are “sort of a wakeup call,” says Dr. Gordon McInnes, M.D., a professor of clinical pharmacology at the University of Glasgow, in the U.K., who wrote an editorial accompanying the study. Doctors should be extra vigilant about the heart health of patients who work long hours, he says.

The study doesn’t say how, exactly, long hours at work might affect heart health. To try to pinpoint the effect of work time, Dr. Virtanen and her colleagues took a range of health factors into account in their analysis, including blood pressure, cholesterol levels, diet and exercise, and whether or not the participants smoked. They also factored in the workers’ rank and salary, since socioeconomic status has been linked to heart health.

In some ways, the people who worked overtime were healthier than those who worked just seven hours a day. They were less likely to drink heavily and smoke, for instance, and they got more exercise. On the other hand, they tended to sleep less and reported experiencing more stress, having more demanding jobs, and having less control over their work.

They were also more likely to exhibit “Type A” personality traits. Type A behavior includes aggressiveness, irritability, and a “chronic, incessant struggle to achieve more and more in less and less time,” according to the study.

But the workers who burned the candle at both ends were still at greater risk of heart disease even when all of these factors were accounted for, which suggests that something besides stress, personality, and behaviors such as smoking may be responsible.

Still, workplace stress may have affected the study’s findings in spite of the researchers’ attempts to control for it, says Dr. McInnes. “I personally think stress was involved,” he says. “These people did a lot of extra work, which I would think is stressful. But it’s very difficult to be sure.”

Peter Kaufmann, Ph.D., a researcher at the National Heart, Lung and Blood Institute in Washington, D.C., says that this type of study (known as an observational study) can’t prove whether long hours directly increase heart risk. For instance, Kauffman says, it’s possible that the workers’ overall lifestyle–including type A behavior–contributed to the long hours and the heart risk observed in the study.

“You would expect people who are more driven and more impatient to work longer hours to get things done,” Kaufmann says. “But they may be equally driven and impatient with the people around them, family and friends. They may have disorganized work habits and lives. Or [the long hours] may reflect failed social relationships or that they use work as a means to escape.”

Health.com: The best foods for your heart

The study had other limitations. The researchers only measured blood pressure and hours worked at the start of the study, and were therefore not able to track how these factors may have interacted over time, McInnes says. Blood pressure can be affected by stress and can in turn cause heart problems.

In addition, as the study notes, the researchers did not know whether the workers had been diagnosed with anxiety or depression, both of which have been linked to heart disease.

Lastly, all of the study participants were white-collar workers in England, which means the findings may not apply to all workers everywhere.