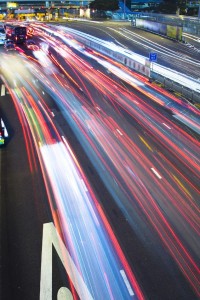 Do you feel ‘righteous rage’ on the road?

By Elizabeth Landau, CNN
July 20, 2010 8:56 a.m. EDT
Close your eyes and think of something calming if anger is flaring up, experts say.
STORY HIGHLIGHTS

(CNN) — You’re speeding along on the highway and someone cuts you off out of nowhere. Your heart starts racing, and you pound your wrists on the horn, screaming obscenities only you can hear.

It’s one of those moments when you’re so angry that you act out of character, transforming from mild-mannered to vengeful person. It’s as if something in your brain tells you that you need to fight back.

Instances of frustration are common in daily life, but sometimes it can get out of control.

Four audio recordings capturing a heated argument, allegedly between actor Mel Gibson and his ex-girlfriend, Oksana Grigorieva, have been released since July 9 by RadarOnline. In the most recently revealed recording, a man threatens to burn down the house. CNN has not independently confirmed the authenticity of the recordings.

Grigorieva and Gibson were scheduled to appear in court Tuesday for a status hearing on a restraining order that Grigorieva filed against him, alleging that he struck her in the face, according to her spokesman, Stephen Jaffe.

Gibson isn’t the only one in the news lately who’s allegedly been having anger issues. Carlos Zambrano, pitcher for the Chicago, Illinois, Cubs, has been on the restricted list since June, when he had a shout-out with teammate Derrek Lee. Zambrano has finished anger management therapy and participated Thursday in his first bullpen session since the confrontation, the Chicago Tribune reported.

Holding a grudge really impacts your relationship, and it’s empowering another person to control you.
–Robert Goldman, attorney and psychologist
RELATED TOPICS

Anger stems from a survival instinct, experts say. When you feel that someone is threatening your existence, you fight back to save yourself.

A calm, rational person may appear to transform into an angry beast in a traffic jam because of that need to protect oneself, said Dr. Tracy Latz, psychiatrist in Charlotte, North Carolina.

“It gets into this mentality of ‘kill or be killed,’ ” Latz said. “Subsconsciously, there’s a fear that someone else is going to kill or take power over me.”

Combine that with a sense of entitlement and you’ve got what attorney and clinical psychologist Robert Goldman calls “righteous rage.” That’s when people feel so strongly they deserve something that it blinds them to the reality of the situation, and they behave irrationally.

“While we live in a world of abundance in our country, it can also create feelings of anger and rage when we get caught up in it. We’re not able to step back and see how really lucky and blessed we are,” said Goldman, who works for the probation department of Suffolk County, New York.

In making decisions, the frontal lobe of the human brain, which is relatively new in evolutionary history, is instrumental. But the more primitive parts of the brain are involved in anger, Goldman said. Alcohol can inhibit the more thoughtful functioning and allow anger to flood out.

People tend to lash out at family members because they believe those close to them will not abandon them, no matter what, Latz said. A family setting is when people often let their guard down, which can lead to ugly confrontations.

A person’s upbringing may reflect how he or she will handle anger in adulthood, she said. If, growing up, parents expressed their anger in an inappropriate way, or repressed it altogether, the child may follow suit later. This is also how abusive behavior gets passed down from one generation to the next, she said.

“You can actually form a belief that this is how it is — we can unlearn that if we begin to be aware of it,” she said.

It’s important to understand the root of your anger, and use the sense of unfairness to become stronger, Goldman said. Think about how you can deal with the things that make you mad in a more rational fashion.

In the moment, thinking about the consequences of an action driven by anger can help stop you from going too far, he said.

Another approach is to close your eyes and think of something calming — a loved one, a spiritual being, a beautiful sunset or a piece of music that you adore, Lantz said. Meditation also helps.

Seek professional help when your anger is interfering with your ability to function in relationships, Goldman said. It doesn’t take aggression for such feelings to get out of hand; if you’re unable to move forward with your life because you’re still mad at someone for something, there’s a problem.

One client Goldman is counseling is still stuck on the fact that his mother wasn’t invited to a bar mitzvah on the wife’s side of the family. The couple is getting divorced.

“Holding a grudge really impacts your relationship, and it’s empowering another person to control you,” he said.

Anger isn’t just bad for marriage; it can also affect your health. A 2009 study in the Journal of the American College of Cardiology found that anger triggers electrical changes in the heart, which can predict future arrhythmias in some patients.

Mark Farparan also has health issues from anger — he has a condition of chronic pain and fatigue called fibromyalgia, and these days when he gets too worked up about something, his energy will be drained for hours. The breathing exercises that he and his wife learned in Lamaze class have helped him calm down in moments of frustration.

Farparan, 52, considers himself “Mr. Mellow” now, but that’s not how it always was. When his 12-year-old son was 3, Farapan once got so mad at the child that he punched a door instead of him.

“I started again in a marriage at a late time, and being a father again was kind of rough,” said Farparan, who has a 26-year-old from his first marriage and two children from his second. “I guess I was having sort of like a post-partum.”

Farparan has not done that again. Beyond the breathing, his mellowing over the past several years has to do with age, he said.

“I don’t have much time left on this Earth. I’m not going to waste it being angry,” he said.